Animal behaviorist and author Alexandra Semyonova1 provides key safety rules and guidelines for owners of normal dogs. If you own a dangerous breed, please see our rules for dangerous breeds.

Rules for owners of normal dogs

The number one rule with dogs is: Build on trust, not on coercion or violence. A dog that fully trusts humans is the dog that is least likely to bite. 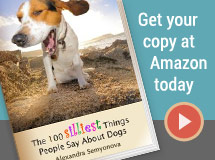