Nationwide, the rate of dog bite injuries is on the decline.1 The cost of treating these injuries, however, is rising. In 2013, the average dog bite claim was $27,862. In 2021, the cost rose to $49,025, according to the Insurance Information Institute. In 2021, homeowners insurers paid out $882 million in liability claims related to dog bites and other dog-related injuries, up from $571 million in 2015. The average cost per claim nationally has risen by 39 percent from 2012 to 2021.2

Who pays the medical costs?

1 of every 5 dog bite injuries requires medical attention; 1 of every 13 requires emergency care.3 The question of "Who pays?" is determined by state law. Some states are governed by a One Bite rule, which requires victims to prove the dog owner knew or should have known of the dangerous propensities of the dog (such as by a previous bite) in order to receive compensation. Nearly 30 states impose statutory strict liability making a dog owner legally liable to a victim who was bitten.

Tennessee is a strict liability state, but contains a "residential exclusion" that omits liability when the attack occurs on the dog owner's property unless the victim can prove the same burden of proof required by the One Bite rule. This exclusion prohibits the majority of dog bite victims from receiving compensation -- over 50% of all dog bites occur on the dog owner's property.4 Thus, Tennessee is known as a "mixed dog bite statute state," along with New York and Georgia.

The usual method of getting medical reimbursement is through the dog owner's homeowners insurance policy, most policies provide $100,000 to $300,000 in liability coverage.5 If the dog owner is a renter and uninsured, the victim is usually left without any recourse unless the landlord or property owner can be held liable. This is also true for victims of attacks by pit bulls, rottweilers and other high-risk breeds, as many insurance carriers do not insure high-risk breeds at all.

Given the rise of dogs with aggression being adopted out by public and private shelters, and the difficulty for victims to obtain adequate compensation, such entities are now being held liable as well. In 2021, a $21 million dollar lawsuit was filed against Los Angeles for adopting out a dog that nearly severed a woman's arm.6 In 2022, a "full settlement" was reached after a private no-kill shelter adopted out a dog with with a history of aggression that bit a young child in the face.7

If the dog owner is insured, the victim can expect several years before payment. Dog bite injuries take time to heal. Settlement negotiations with an insurance company usually start after healing completes. In the meanwhile, the victim incurs many costs. If the injuries required hospitalization, the victim can expect to stay 3 days.8 If surgery was required -- as it often is for attacks involving facial and bone injuries -- a victim's first night in care can easily surpass $20 thousand dollars.

Types of injuries inflicted by dogs

Injuries inflicted by dogs can be devastating, especially to young children. The small height of a child almost always results in facial injuries. Repairing these injuries may require immediate reconstructive surgery with additional surgical procedures over time. Techniques such as skin grafting and microsurgical repair also may require multiple procedures, as do scar diminishment treatments, such as: dermabrasion (sanding of the skin) and pressure scar modification.

In 2020, when 15-year old Joslyn Stinchcomb was attacked by two pit bulls belonging to a neighbor in Georgia, she suffered complex injuries to her head and neck. The dogs crushed her trachea, damaged her vocal chords, ripped off her scalp and an ear.10 She also suffered severe nerve damage to her face. Joslyn's injuries would have been classified as "mauling injuries" in the West Virginia study, of which pit bulls were responsible for 71% among the top-biting breeds.

According to a 2010 study by the Agency for Healthcare Research and Quality, the most common principal diagnoses for dog bite-related hospitalizations included skin and subcutaneous tissue infections (43.2%), open wounds of extremities (22.1%), and open wounds of the head, neck, and trunk (10.5%). Other chief diagnoses included fracture of upper limb, infective arthritis and osteomyelitis, septicemia, crushing injury or internal injury and fracture of lower limb.11

Nearly all dog bite victims suffer psychological injury, including Posttraumatic Stress Disorder. Even with treatment, fear of another attack may never fade. Each time a victim walks down a sidewalk, strolls through a park or visits a dog owner's home, the trauma returns. Man's best friend -- to the irony and horror of a dog bite victim -- is fully integrated into our society. Stories abound, particularity about senior citizens, who are terrified to leave their home after a serious dog attack.

In an article published by The Mercury News, Angela Silva talks about her life after a horrific dog attack. In September of 2007, a neighbor's pit bull suddenly charged into Angela's garage in Fremont, California as she was cleaning out her car. The dog lunged at her 7-month old child. In an act of quick thinking, Silva placed her son into a nearby garbage can to protect him and used her left arm as a shield. The pit bull tore through both of Silva's arms before help arrived.

Nearly four months after the attack, Silva told The Mercury News that she has yet to take a walk outside and that she gets "fresh air" by sitting on her porch behind a new wooden fence that her boyfriend built. To further distance herself from the dog's owner, who lived next door, Silva moved several neighborhoods away. But even in her new home, Silva said she still has a stack of medical bills she is unsure how to pay and continues to have dreams filled with mad, vicious dogs.12

The emotional trauma of a dog attack is also captured in The Scar Dance, a novel about a life-altering dog mauling. The author is the victim's husband, who states vividly, "the dog attack was a cancerous tumor on the body of our lives, growing uncontrollably." He struggled with the changes his wife underwent after the attack. She became very thin and angular, her body gestures abrupt and jerky, and she suddenly flew into panic attacks. She was later diagnosed with PTSD.13

Nearly all dog bites involve a complex mixture of human relationship bonds. A dog bite victim frequently knows the owner of the dog, who may be a family member, relative, neighbor or friend. Many dog owners minimize the seriousness of injury inflicted by the dog or blame the victim for the attack. While blaming the victim is a universal phenomenon, it is nearly always the case in dog bites and attacks. This may be true because dogs are a metaphorical "extension" of their owner.

Many jurisdictions do not automatically euthanize a dog after it inflicts its first vicious attack. This sets up an adversarial relationship when the dog owner is a neighbor. Too often, once the dog is returned after the bite quarantine period, the owner defies leash and constraint laws. Victims in these instances become imprisoned in their own home. Like Silva, the couple in The Scar Dance was forced to move to a new residence, as living next to the dog owners became intolerable.

When the attack stems from a dog owned by a family member, even more disturbing results can occur. After years of a strong bond, relationships are often left in shambles, and for the primary reason that the dog can't be blamed, yet neither can its owner. The human relationship damage is always two-part. The first part occurs just after the attack when trust is shattered. The second part occurs over a period of years as the victim tries to gain recourse through lawsuits or other means. 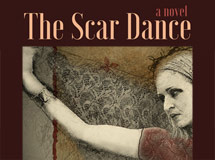